Yema Kalamay is my take on the famous Yema cake of Lucena in Quezon province - though this is one is made with Kalamay and not chiffon cake  - I should say this is equally addicting.

The black glutinous rice or locally called “pirurutong” is quite hard to find, I found some from the grocery store of Shoemart (SM). They're more expensive than the white glutinous rice

I cooked the glutinous rice into Kalamay, then cooked the Yema separately and assembled them together.  I didn't make the rice cake too sweet since the topping is plenty sweet.

You can put as little or as much Yema topping as you like based on your preference -- as for me -- I love Yema and it shows! 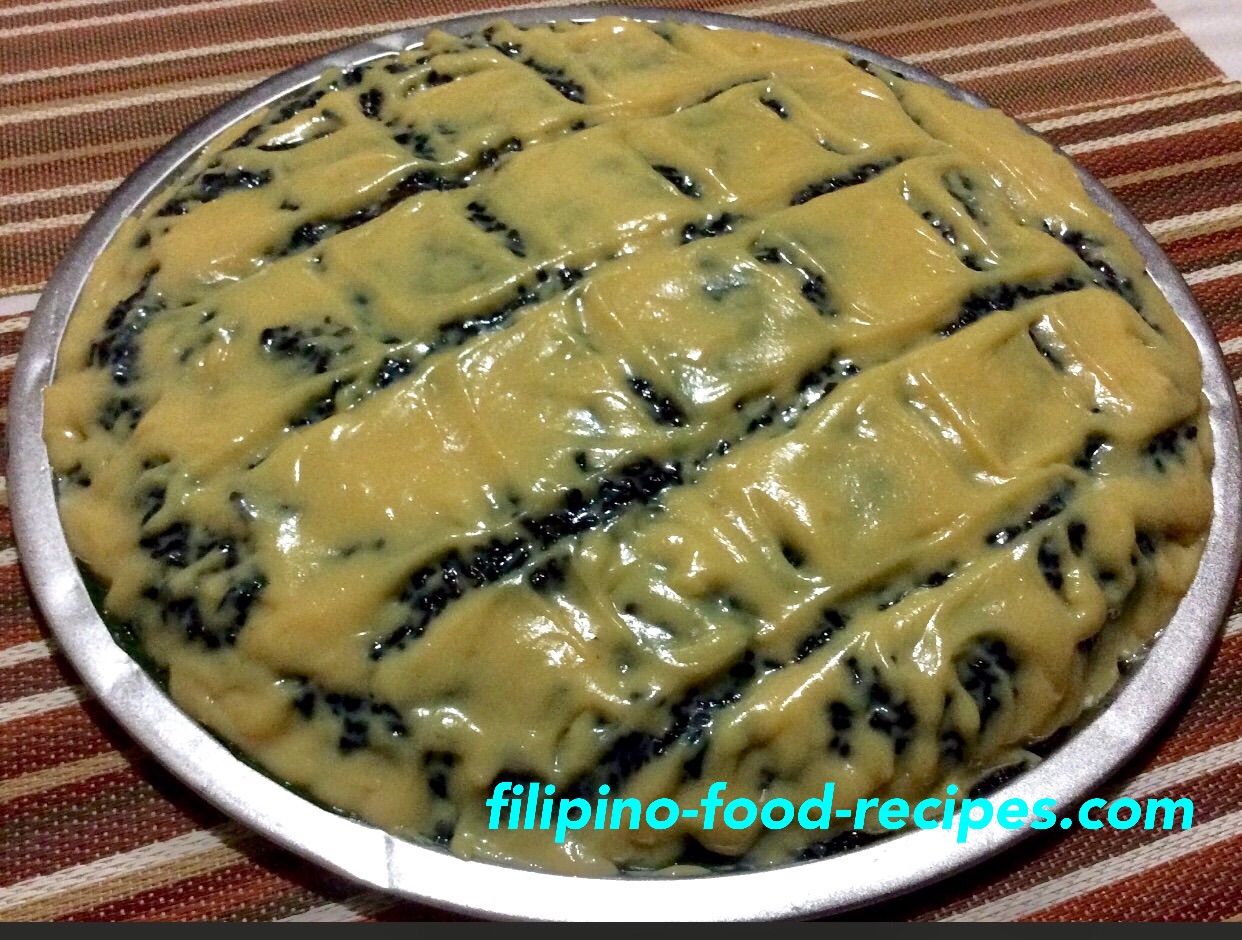 For the rice cake:

1   Cook the black glutinous rice in the rice cooker with 4 cups of coconut milk.

2  After the rice is cooked, mix coconut cream and sugar plus 2 pandan leaves in a separate pan and bring to a boil.

3   Add the cooked rice and mix until the sauce evaporates and the rice is sticky and chewy and hard to mix.

4   Put on a platter, then score in square or diamond-shape line portions. Set aside.

5   Mix the condensed milk, evaporated milk and 1 egg and strain.