Filipino ham is a staple food during the Christmas and New Year's season in the Philippines.

It is usually a mixture of sweet and salty,  the sweet glaze flavored with pineapple juice,  contrasting the salty and juicy ham.

Around here in NJ, cured ham is plentiful and frequently on sale during the major holidays like Easter, Thanksgiving and Christmas.

I buy the cured ham when they go on sale, as they are much cheaper than buying a leg of ham to process.

Forget the one week curing time of a 10 pound pork that will take so much space in your refrigerator.

The recipe here excludes the curing process, and if you need a brine recipe, let me refer you to this site : http://johndlee.hubpages.com/hub/How-To-Cure-Ham-at-Home. 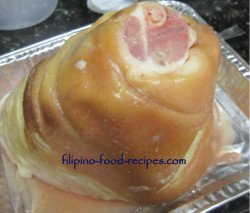 I remove the skin to it will look really appetizing and the glaze is evenly cooked on the surface.

I bake the ham in a fairly low temperature oven for 12-15 minutes per pound, and baste with the sweet glaze during the last 30 minutes of cooking. 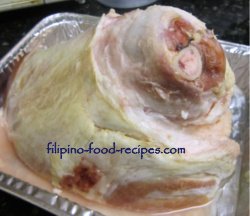 I use pineapple juice, sugar and cloves for the glaze, which I thicken with cornstarch so the glaze sticks to the ham during baking.

1 Prepare the ham by removing the skin and any extra fat.

2 Set on an oven-proof baking dish and put inside the oven.

4 Combine all the glaze ingredients and cook until thick, set aside.

5 During the last 30 minutes of baking, take out the ham from the oven and apply the glaze, then put it back in the oven.

6 Remove the ham from the oven and let it rest for 30 minutes before slicing. 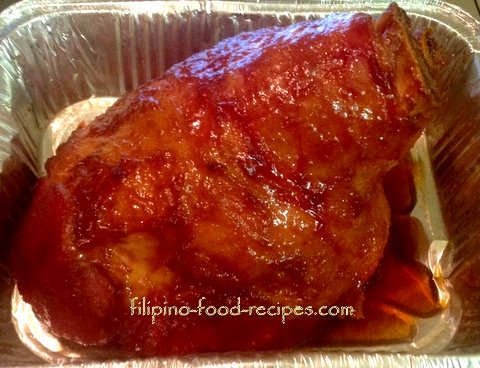 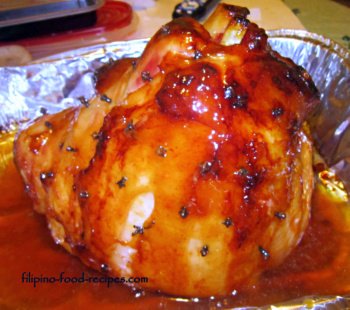 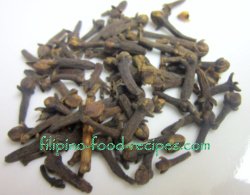